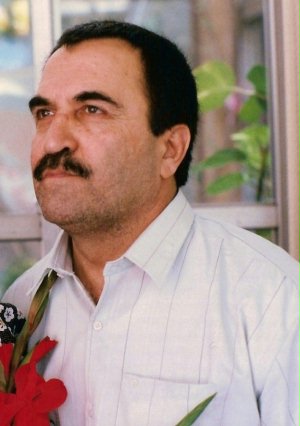 NEW YORK, 19 December 2005 (BWNS) — A Baha’i who has been wrongly jailed in Iran for 10 years died in his prison cell of unknown causes on Thursday, 15 December 2005, the Baha’i International Community has learned.

Mr. Dhabihu’llah Mahrami, 59, was held in a government prison in Yazd under harsh physical conditions at the time of his death.

His death comes amidst ominous signs that a new wave of persecutions has begun. This year so far, at least 59 Baha’is have been arrested, detained or imprisoned, a figure up sharply from the last several years.

Arrested in 1995 in Yazd on charges of apostasy, Mr. Mahrami was initially sentenced to death. His sentence was later commuted to life imprisonment after an international outcry and widespread media attention.

“The worldwide Baha’i community mourns deeply the passing of Mr. Mahrami, who was unjustly held for a decade on trumped-up charges that manifestly violated his right to freedom of religion and belief,” said Bani Dugal, the principal representative of the Baha’i International Community to the United Nations.

“While the cause of his death is not known, Mr. Mahrami had no known health concerns,” said Ms. Dugal.

“We also know that Mr. Mahrami was forced to perform arduous physical labor and that he had received death threats on a number of occasions.

“In this light, there should be no doubt that the Iranian authorities bear manifest responsibility for the death of this innocent man, whose only crime was his belief in the Baha’i Faith,” said Ms. Dugal.

“In our mourning, we nevertheless hope that Mr. Mahrami’s unexplained passing will not go unnoticed by the world at large and, indeed, that his case might become a cause for further action towards the emancipation of the Baha’i community of Iran as a whole,” said Ms. Dugal.

Born in 1946, Mr. Mahrami served in the civil service but at the time of his arrest was making a living installing of venetian blinds, having been summarily fired from his job like thousands of other Baha’is in the years following the 1979 Iranian revolution.

Although Iranian officials have asserted that Mr. Mahrami was guilty of spying for Israel, court records clearly indicate that he was tried and sentenced solely on charge of being an “apostate,” a crime which is punishable by death under traditional Islamic law.

Although Mr. Mahrami was a lifelong Baha’i, the apostasy charge apparently came about because a civil service colleague, in an effort to prevent Mr. Mahrami from losing his job, submitted to a newspaper an article stating that he had converted to Islam.

When it later became clear to Iranian authorities that Mr. Mahrami remained a member of the Baha’i community, they arrested him and charged him with apostasy for allegedly converting from Islam to the Baha’i Faith. On 2 January 1996, he was sentenced to death by the Revolutionary Court, a conviction that was later upheld by the Iranian Supreme Court.

There was also significant media coverage of the case, in Le Monde and Libration in France, as well as reports by the BBC, Reuters and Agence France Presse.

Although the authorities did not publicly bow to international pressure calling for Mr. Mahrami’s release, in December 1999 they took the occasion of the anniversary of the birth of the Prophet Muhammad to declare an amnesty and commuted his sentence to life imprisonment.

Since 1978, more than 200 Iranian Baha’i have been killed, hundreds more have been imprisoned, and thousands have been deprived of jobs, pensions and education as part of a widespread and systemic religious persecution by the government of the Islamic Republic of Iran.

As of October, Mr. Mahrami was one of nine Baha’is being held in Iranian prisons. However, all of the others had been arrested in 2005.

Mr. Mahrami is survived by his aged mother, his wife, his four children, and his grandchildren.

Mr. Mahrami’s funeral was held on Friday, 16 December 2005, the same day that the United Nations General Assembly passed a resolution expressing “serious concern” over the human rights situation in Iran, making specific mention of the ongoing persecution of the Baha’i community there.