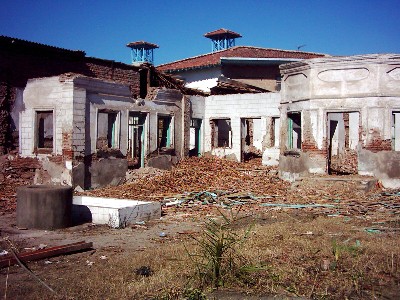 The Quddus (The Most Holy)

“You have hastened the hour of your departure, and have abandoned me to the mercy of my foes. Please God, I will ere long join you and taste the sweetness of heaven’s ineffable delights.”

-Quddus to a dying Mulla Husayn-

Quddus, immortalized by Him as Ismu’llahi’l-Akhir (the Last Name of God); on whom Bahá’u’lláh’s Tablet of Kullu’t-Ta’am later conferred the sublime appellation of Nuqtiy-i-Ukhra (the Last Point); whom He elevated, in another Tablet, to a rank second to none except that of the Herald of His Revelation; whom He identifies, in still another Tablet, with one of the “Messengers charged with imposture” mentioned in the Qur’án; whom the Persian Bayan extolled as that fellow-pilgrim round whom mirrors to the number of eight Vahids revolve; on whose “detachment and the sincerity of whose devotion to God’s will God prideth Himself amidst the Concourse on high;” whom ‘Abdu’l-Bahá designated as the “Moon of Guidance;” and whose appearance the Revelation of St. John the Divine anticipated as one of the two “Witnesses” into whom, ere the “second woe is past,” the “spirit of life from God” must enter — such a man had, in the full bloom of his youth, suffered, in the Sabzih-Maydan of Barfurush, a death which even Jesus Christ, as attested by Bahá’u’lláh, had not faced in the hour of His greatest agony.

The sacred Gravesite of Quddus was destroyed by government authorities and instigated by Islamic clergy in Iran. Please follow this link to read the news story